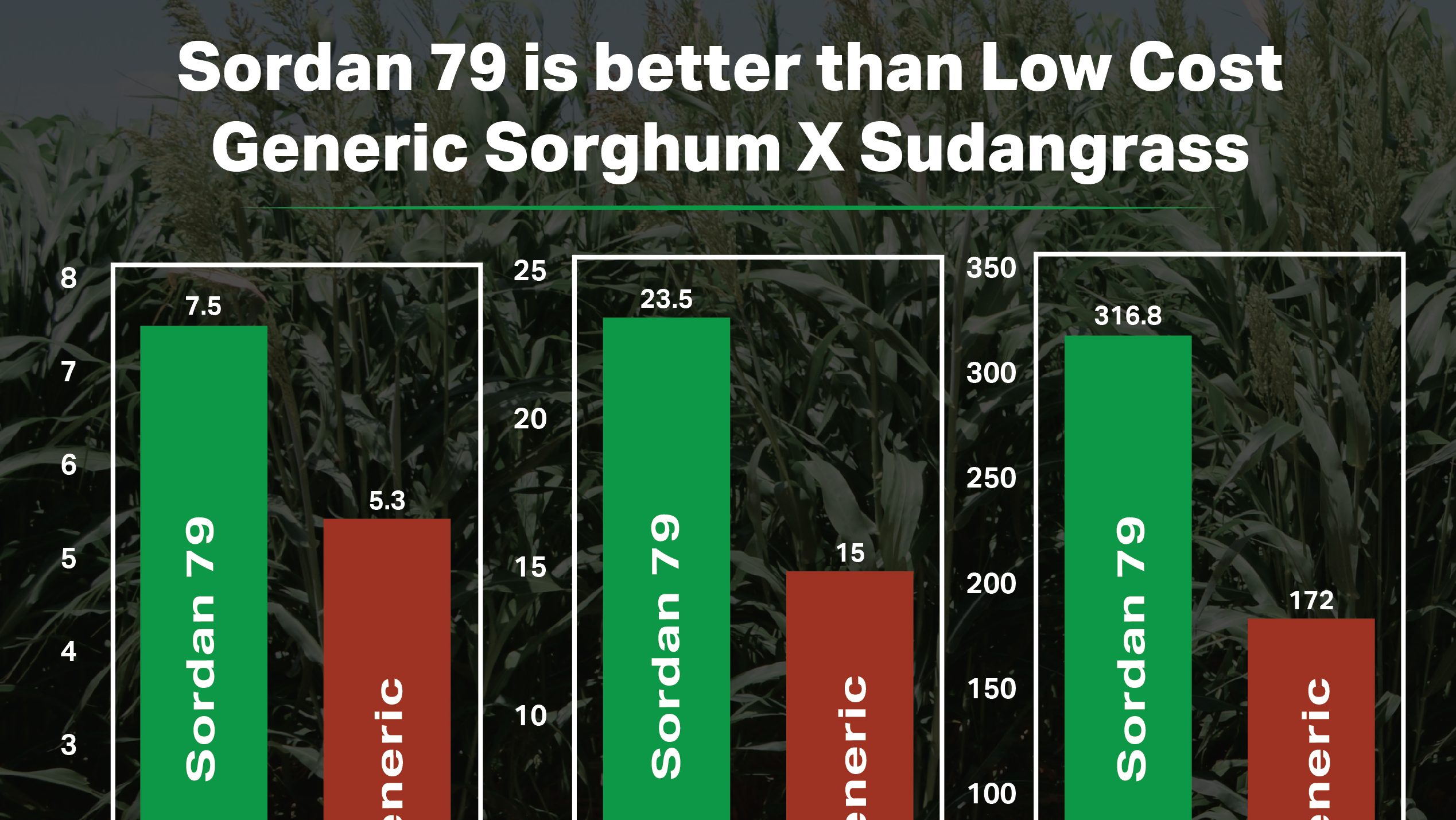 Posted at 19:02h in Forage Sorghum, Uncategorized by John Manago

I am as frugal as anyone out there. I have frequent customer accounts at all the discount stores, even the ones that sell tools. Who doesn’t love a good sale, discount, or coupon? There are two places in life that you should never skimp, duct tape and seed. 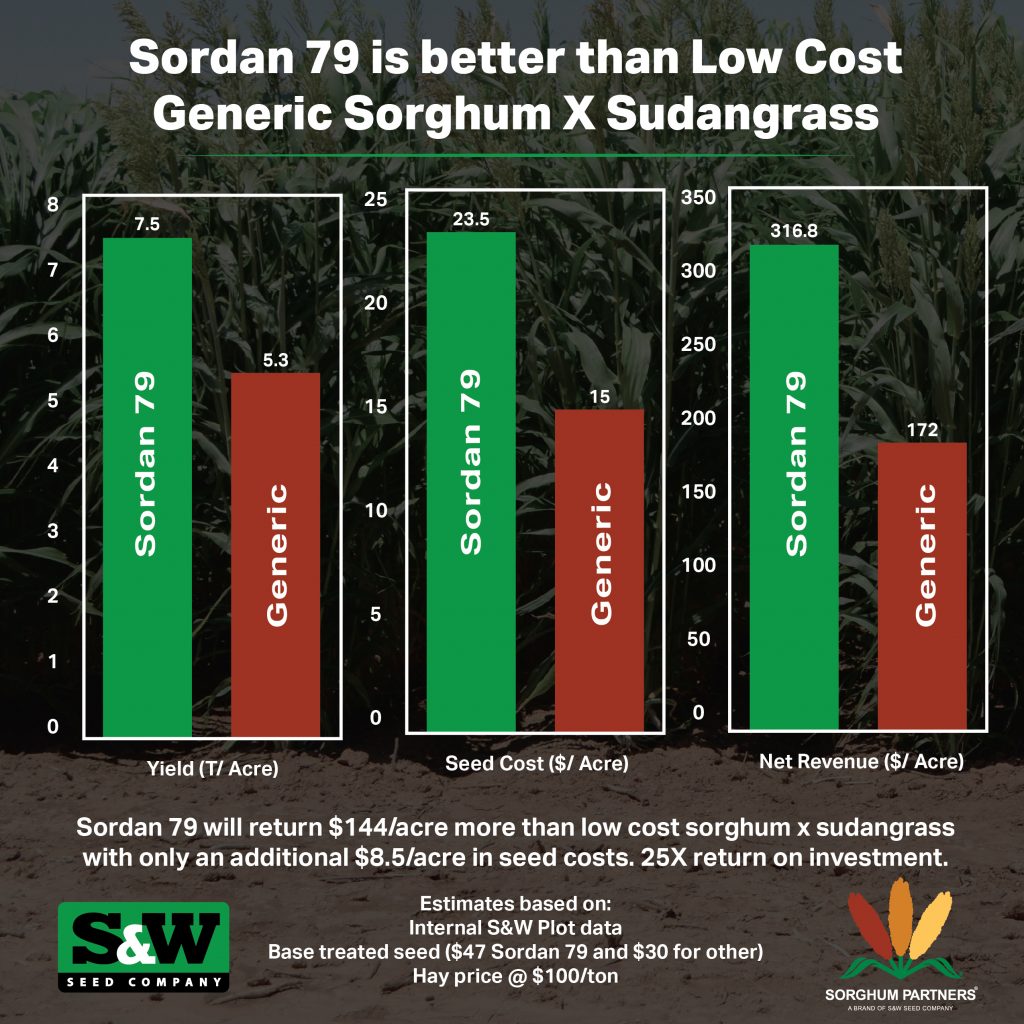 It is easy to think about buying cheap forage sorghum or sorghum X sudangrass seed. This is easy to do because you must write that check in the spring when you are picking up your seed. Many times, we just want “something green for my cows to eat”, so spending more is hard. However, for a few dollars more you will be rewarded for making a smart buying decision.

Hybrid forage sorghum seed is made by planting a female that is male sterile and a male that provides the pollen, think cows and bulls. Most cheap sorghum x sudangrass hybrids have public parents. This means that they are the same genetics that were release by university breeding programs in the 1950s and 1960s. That alone should tell you where I am going with this. You are essentially taking your 21st century beef or dairy genetics and feeding it 1950s quality hay. I will let that roll around in the back of your mind a while. A two-barrel carburetor on your 2020 Corvette comes to mind. There are new genetics on the market for just a bit more money. Take SP4105 for example, Sorghum Partners released this hybrid in 2015 after several years of breeding to improve it’s yields and quality. Sordan 79 was released in 1990 and will out yield the cheap, 1950s sorghum x sudangrass by over two ton per acre (Figure 1). If you do the “in between math” or look at the costs and the value of the hay, you can see how much money you lose when you buy cheap seed. Sordan 79 will cost $8.50 per acre more to plant but will yield two tons more in hay. If the hay is worth more than $4.25 per ton you are even. We all know that hay is always worth way more than that. In fact, if we put hay prices at $100 per ton you end up making $144 per acre more by spending $8.50 more. That is almost 17 times return on investment. You can now afford to buy the high-priced tools!